3 fantastic movies in a week: 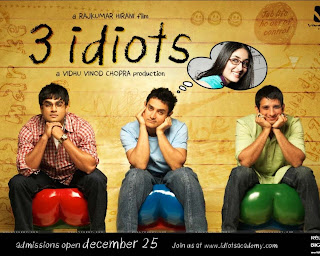 5 stars for this movie which i think it is a must to watch. I'm so impressed towards the storyline which was well blended with the current environment of education. They had shown the typical minded of people towards our education system which mostly rely on books & differentiate the students based on their ranking. This movie had totally changed the perception of our common thinking and perhaps would vary the objectives of entering higher institution that is not only focusing to gain the so called higher salary, expensive car, best position and etc. To be honest, i'm not a bollywood junkie but i would like to suggest especially for those who're not 'into' to this genre to watch it at least once in your life by not hesitate with this movie and comparing to other typical bollywood movie. 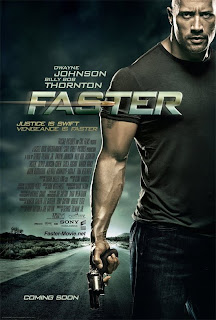 I watched this movie in cinema and i would like to give 3 stars for this movie. It's based on revenge after 'the rock''s brother being killed by a group of people to get the money from him. He revenged all the conspirator involved and killed them one by one after being released from prison. Faster can be said as an action movie & mostly shown the revenge journey of The Rock. 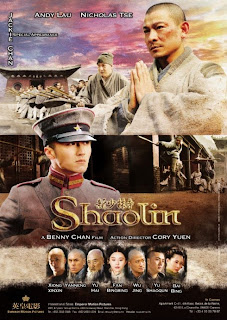 It's a nice combination actors of Andy Lau, Jackie Chan and other Shaolin by presenting art of kungfu with their belief. I'm so thankful after having the opportunity to watch this movie since it's so near with my coming exam. It can be said as a re-born of shaolin after their temple being destroyed and most of them killed by the rival warlord. 4 stars for this movie and for those who are still pending, hurry and get your ticket at nearby cinema! (it's still fresh in my mind on how they fought & it's so bombastic since i watched it yesterday in gsc. That's why me so excited & err over re-act maybe T_________T)

Enough said about the movies, i've the most paramount activity to be accomplished. No no not spying any handsome guy nor involve in club activity but in need to do revision for my final. It'll start on 7th feb and my first paper will be Islamic Law 2. Please pray hard for me and others.