The craziness of doramas has been totally jeopardized by the heck's connection!
The lucky side, i finished two books of Faisal Tehrani, Maaf Dari Sorga (took half of day) and the latest, Rahsia Ummi. Both are sort of the starting path of him being an author and you might found the different on the sense of his writing. I think people, the newbies perhaps, should not started with those books as they will cause you to the different perception of him. You may start with his light Tunggu Teduh Dulu either. Finally; not to say regret on it (after the consideration made by myself) i found the news of SS501 came to Malaysia seven days ago. Yeah, after a week! I did stalked to the current gossips from Korean artists and when i Google-ed them, the news just appeared in front of me. Gosh, i felt terrible at first but later i did realized there's no point for the fan meeting because, yes you didn't have to pay for the entrance but you have to buy their album which will cost you RM70 if you want to meet them and for the autograph. I can even directly download the songs from 4shared which totally FREE OF CHARGE. The other point of course when you want to meet the so called artists or any other celebrities, for sure you may have the desire to take picture of them or with them. What on earth, the fans were disappointed with the rule by the security or maybe their PA which none of the fans can take any picture. The fan meeting, it is just literally and by that it enough to stop my regret on it.

I will do the rethink cause the cutest SS501 'll come to Malaysia again on November or December, not for the fan meeting but for the concert. Hihi, take note! Do the update and keep saving the money friends. 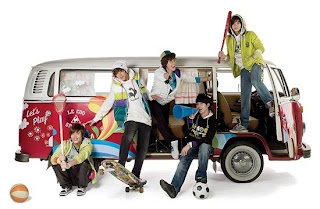