1988: The Changes of Justicia (The Continue) 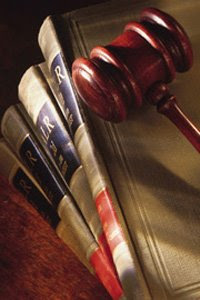 The1988 Malaysian constitutional crisis was a series of events that began with UMNO general election in 1987 and ended with the suspension and the eventual removal of the Lord President of the Supreme Court, Tun Salleh Abas from his seat. The Supreme Court in the years leading up to 1988 had been increasingly independent of the other branches of government. Matters than came to a head when Mahathir, who believed in supremacy of the executive and legislative branches, became Prime Minister. His eventual sacking of Salleh Abas is widely seen as the end of judicial independence in Malaysia. In 2006, there was a call for review but serious effort has yet to be carried out by the authority.

Judicial Intervention in a Political Dispute

For the first time in twelve years , the incumbent President, Tun Dr.Mahathir was challenged Tengku Razaleigh Hamzah was the candidate of Team B For the Presidency, taking on Mahathir, whose camp was labeled Team A.

Razaleigh's supporters expected him to win, and at the Umno General Assembly shortly after the votecounting was completed, rumors spread that Razaleigh had won. However, the official results declared Tun Dr.Mahathir the winner with 761 votes to Razaleigh's 718.

Razaleigh's supporters insisted had to have been rigged. Their anger was exacerbated by Tun Dr.Mahathir, who went on to purge all Team B members from the Cabinet. As a result, 12 UMNO members filed a law suit in the High Court, seeking a court order to void the election results and pave the way for a new election. The plaintiff alleged the 78 of the delegates had been selected by the branches not registered with the Registrar of Societies, and as a result were not eligible to vote. They also claimed that certain documents related to the election had been 'tampered with'. Although Razaleigh was not among the twelve plaintiffs, he was widely believed to be funding and co-ordinating the suit.

The High Court eventually gave a parties a two week deadline to reach out of court settlement. An UMNO 'unity panel' was formed to handle the negotiations and reach a compromise. However, it became clear that the differences were intractable - Team B would settle for no less than a new election, while Team A insisted that the suit be withdrawn and a 'face-saving' solution be reached which would allow some Team B members to remain in the party. 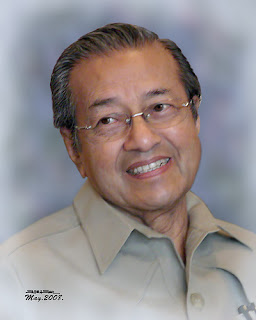 This did not please Tun DR. Mahathir, who had clashed on several previous occasions with the judiciary. Tun Dr.Mahathir began making heated attacked on the judiciary, telling Time, "The judiciary says, 'Although you passed a law with a certain thing in mind is wrong and we want to give our interpretation.' If we disagree the Court's will say ,' We will interpret your disagreement.' If the government and Parliament go along, we are going to lose our power of legislation. Immediately, after this latter statement, the government reassigned several High Court judges to different divisions, including Justice Harun Hashim who was then hearing the UMNO case. However, as the latter case was already in progress, Harun's transfer would not take effect until the case closed.

Although most of the evidence they had presented was not contested, the UMNO defense argued that not all possible remedies within UMNO had been exhausted. The plaintiffs, however, insisted that the fact that at least 30 unregistered branches had sent delegates to the UMNO elections should have been enough to nullify their results. In the end, Harun dismissed the suit citing Article 41 of Societies Act 1966, which stated any society would automatically become 'unlawful' if any of its branches were not registered with the Registrar of Societies. As a result, Harun declared he had no choice but to declare UMNO an 'unlawful society', thereby rendering ' what happened in 1987' a nullity. In his decision, Harun blamed Parliament for forcing his hand: "If the old laws in existence... (one could) apply the common law principle, but here it seems the Parliament, to ensure strict compliance with the law, has made this provision look harsh."

Tun Dr.Mahathir assured UMNO members that as the decision was based on minor 'technicalities', the party could easily be restored as a lawful society. He also reminded the public that this not threaten his status as a Prime Minister, as only a no-confidence vote could lawfully remove him from power. Within a fortnight of Harun's decision, Tun Dr.Mahathir announce the registration of UMNO Baru (New Umno). Umno Baru's leadership was almost entirely composed of Team A members, who proceeded to spend the next few months transferring the assets of the 'old UMNO' to UMNO Baru. The UMNO 11 pursued their case to the highest court in the land, the Supreme Court, still seeking to hold new elections for the 'old UMNO' and having its lawful status restored. However, their appealed was rejected. Razaleigh than decided to form a new party focused on the Semangat 46 ( Spirit of 46), the year UMNO had been founded. 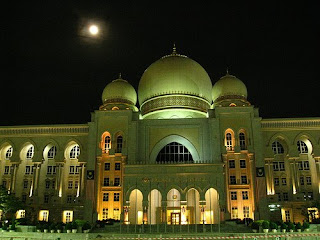 The case of the two journalists mentioned earlier had begun when John Berthelsen and Raphel pura authored a series of articles on financial transactions of dubious ethical and legal nature carried out by government officials. Tun Dr.Mahathir in his capacity as Home Affairs Minister had Berthelsen's and Pura's work permit revoked. In a different case, the Supreme Court used its power of judicial review and nullified amendments to the Criminal Procedure Code which gave the Attorney General the power to initiate criminal proceedings in the High Court without first going to a Magistrate Court.

The following week, he submitted several constitutional amendments to Parliament, divesting the court of 'judicial power of the Federation' and giving them only such judicial powers as Parliament might grant them. In justifying amendments, Tun Dr.Mahathir stated"...the courts have decided that enforcing the law they are bound by their interpretations and not by the reasons for which Parliament formulated these laws...lately the judiciary had seen fit to touch on matters which were previously regarded as solely within the executive's jurisdiction."

The Lord President of the Supreme Court, Tun Salleh Abas , was pressured by his fellow judges to respond to the government's action. They wrote a confidential letter to the YDPA and the Malay Rulers, expressing their grievances. The proposed letter, wahich was unanimously approved was written by Salleh Abas. The letter stated the Judge's disappointment with the various comments and accusations made by the Honourable Prime Minister against the Judiciary, but did not demand specific action be taken - instead, it ended with an expression of 'hope that all those unfounded accusations will be stopped.'